The iconic shape, the stature it projects, the seemingly endless opportunities for connecting to the world. There is a reason that the Queen of the Skies, the Boeing 747, attracts so much attention and awe with airline startups. Baltia played that game, as did Avatar Airlines. Aura and Family Airlines were two others that teased such plans. None of them went anywhere, however, and that trend is unlikely to change, hard as One Caribbean might try.

Based on the Caribbean island of St. Vincent, One Caribbean is the latest airline to chase this jumbo dream. The move is supported by the Prime Minister and the company actually has an airplane; it arrived on the island late last month carrying a US registration N508BB. What remains unclear is if and how it will ever leave. 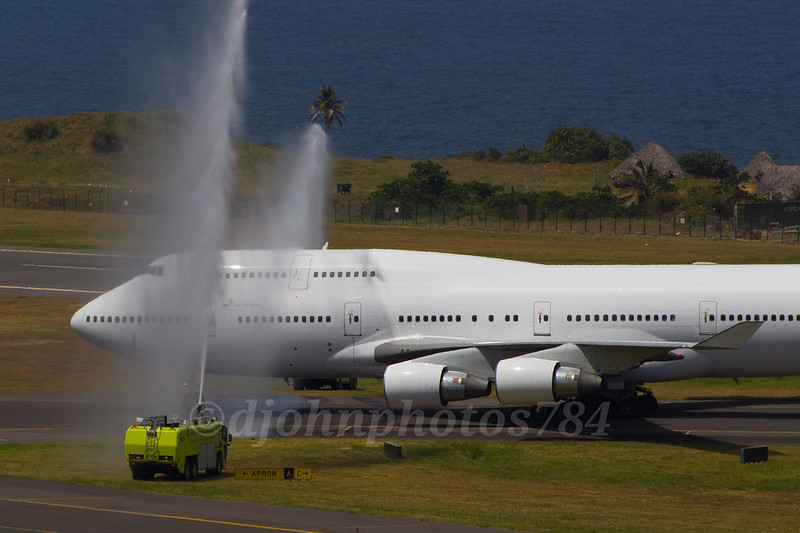 The airline has an operating certificate (AOC) and an airplane, the 19-seat Beechcraft B1900. Unlike the others who recently tried to launch 747 services One Caribbean uses those assets to move passengers and cargo around today. But getting the 747 integrated to its operations and getting flights scheduled means securing a local certification, both for the aircraft and for the airline. Those regulatory hurdles are significant in any scenario. In this case they are materially worse because the Eastern Caribbean Civil Aviation Authority (ECCAA) is not staffed to handle such requests. The agency does not have the resources available today to manage a 747 in its jurisdiction.

Speaking at the Caribavia Caribbean Aviation Conference in St. Martin this week Capt. Paul Delisle, Chief Flight Operations Inspector for ECCAA acknowledged that the agency received an application to have the aircraft transferred to the local registry while also noting “there are a lot of things that must happen before we can do that, and even more before it can be placed on the AOC.”

Delisle indicated that the ECCAA is planning to train at least one additional inspector just for the new aircraft, with additional services likely borrowed from other regulators (e.g. FAA-certified inspectors), but neither the timing nor the numbers for that work is clear at this point. Delisle added, “Like most airlines they are in a rush to get it done, but it will take as long as it takes.”

ECCAA is moving slowly not only because of the significance in bringing such a large and complex aircraft into the operations of an airline that flies only a 19-seat plane today, but also because of similar historical efforts within the region. The agency previously oversaw DC-10s operating with a mix of FAA and ECCAA-licensed crew, maintenance services and operating certificates. That situation generated challenges for the agency directly and in its relationship with the FAA, according to Delisle. It is not a scenario it wishes to explore again. The Agency is coordinating with the FAA as the certifying authority for the aircraft type to determine exactly what resources and procedures will need to be implemented before it can begin the process of certifying the aircraft with a local airline.

Until that time, however, the 747 is expected to remain in St. Vincent, teasing its potential while decidedly grounded.