Generally speaking airlines don’t dedicate an aircraft to a single route. Especially not major airlines with complex fleet considerations and so many planes to choose from. But every now and then something strange happens. And this is certainly a time for strange things in the world of aviation. So Delta Air Lines choosing to fly one of its A321 on what appears to be a dedicated route for the past four months almost seems normal now. 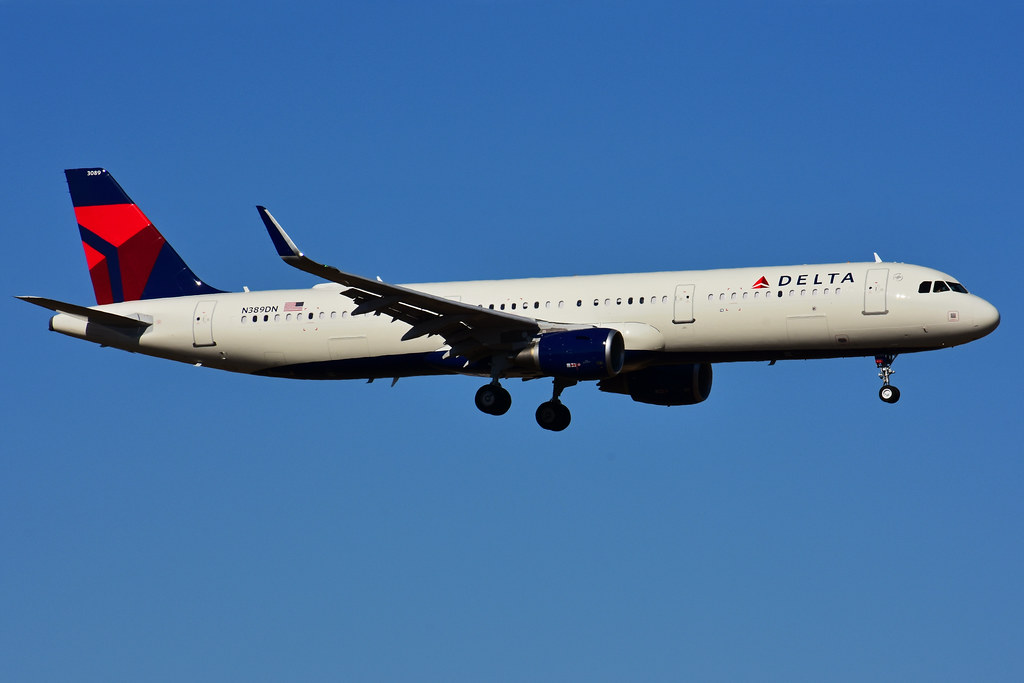 The aircraft in question, N389DN, joined the Delta fleet in February 2020. Its delivery flight from the Airbus plant at Finkenwerder (Hamburg) brought the plane to Iceland and then Montreal before finally arriving in San Salvador where it spent a couple weeks receiving airline-specific gear (e.g. entertainment screens and satellite wifi hardware). By early March when it was ready to enter service the airline had not completely scaled back operations. Indeed, the plane ferried from San Salvador to Grand Cayman where it finally entered service on a passenger flight to Atlanta on 9 March 2020. (Of note, Delta also flew a regular commercial flight ATL-GCM on the same day, with that plane returning to Atlanta as a ferry flight while the new aircraft swapped in to carry the passengers.)

Since March, however, the aircraft has known only one destination for Delta: Toronto. In its first three weeks of service N389DN flew from Atlanta to Toronto once or twice a day, but never anywhere else.

On 1 April the carrier grounded many of its narrow-body aircraft at airports across North America. This particular frame made the trip to Queretaro, Mexico where it sat for six weeks. In mid-June it ferried to Toronto and then operated a commercial flight to Detroit rather than Atlanta.

Over the past few weeks the plane flew just 90 minutes each day, a late evening departure from Detroit to Toronto and an early morning return the other direction. It briefly showed a flight plan filed for service to Minneapolis, breaking its four month run of international flying. But that swapped out, keeping the streak alive.

Like most things in the world, I can only assume that money is driving the decision. I understand there are tax implications that change when the aircraft operates domestic services rather than international. And I’m sure that the plane will eventually fly a domestic route and the airline will cough up the cash. But if Delta manages to keep it as an international-only plane for 6 months it can avoid the 25% import duty normally charged. That’s a lot of money at stake

And in the short-term savings seem to be worth it for the airline, too. It isn’t like demand is such that the plane really needs to be flying more than this.

Oh, and apparently the same is being done with N405DX, the newest A330neo.