LATAM is set to retrofit more than 200 aircraft as part of a major update to its fleet. The carrier will invest $400 million to refresh the interiors on both long-haul and short-haul planes covering the Peru, Chile and Brazil arms of the carrier.

As part of LATAM’s long-term vision, the transformation of our cabins will enable us to offer an industry-leading onboard experience with more options, flexibility and personalization to better serve each and every passenger. – Claudia Sender, Vice President Clients, LATAM Airlines Group.

The carrier’s 767 and 777 fleet will be retrofit to offer a new Thompson Vantage fully-flat bed in business class. The seats will also include 18″ IFE screens. For economy class passengers the new cabins include 12″ screens and USB power ports at every seat. The same cabin layout will be applied to new deliveries of 787-9 and A350-1000 aircraft due to the carrier. The new cabins will also include LATAM+ seats offering additional legroom and recline but stopping short of delivering a true premium economy product for long-haul routes.

On the A320 family of aircraft passengers will see refreshed interiors including seats from Recaro. The carrier also reaffirmed its commitment to inflight wifi connectivity on the A320 and A321 fleet, growing its deployment from the initial announcement. The October 2017 deal with Gogo included plans to fit 100 single-aisle aircraft with the 2Ku offering. At that time LATAM left the door option for additional aircraft to be fitted, “Inflight internet will also be gradually extended to the other markets where LATAM Airlines Group operates, with further detail to be communicated in due course.” 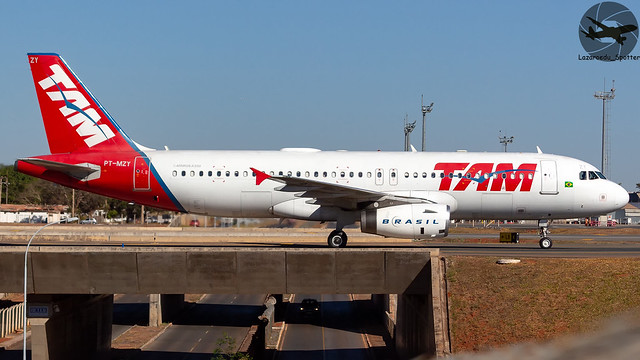 Installs of the kit on the Brazilian fleet are underway, delayed from the initial announcement of Q1 2018. The carrier now expects for service to launch in domestic Brazil markets “in the coming months” followed by plans to “to gradually roll out this service in other markets such as Chile.” We now have confirmation from the carrier that LAN Chile’s A320 and A321 fleet will also receive the 2Ku hardware. This adds 50-60 frames to the 2Ku order from the previous announcement, good news for Gogo and passengers.

Interestingly, the first A320 family aircraft interior retrofit will be from the Peru side of the business. That operation only has a pair of A319s in the fleet today so the 2Ku system will not be installed there. The Brazil planes will begin their interiors work in early 2019 and then the Chile planes in late 2019. With the 2Ku installs happening asynchronously from the interiors that could lead to some challenges for passengers who want power and connectivity at the same time, but the work should realign by mid-2020. It remains to be seen if the LATAM Argentina or LATAM Ecuador planes will be included in the retrofits or wifi installations at some point in the future.